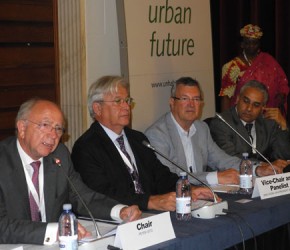 Götz emphasises the Role of Cities in the presence of Executive Director Clos (UN-Habitat).

The World Urban Forum VI took place from 1 to 7 September 2012 in Naples, Italy. The forum, which has been organized every two years since 2002 by UN-Habitat, the United Nations Human Settlements Programme, deals with some of the most pressing problems in the areas of urban development. The theme of this year’s World Urban Forum is „The Urban Future“.

At the opening ceremony of the World Urban Campaign on 3 September 2012, Peter Götz, Member of the German Parliament and President of the Global Parliamentarians on Habitat (GPH), presented the Manifesto-For-Cities-with-PDF, which he helped to develop, together with other important partners of UN-Habitat. The Manifesto is meant to serve as foundation for the thematic conception of the third United Nations Conference on housing and sustainable urban development 2016 (“Habitat III”). 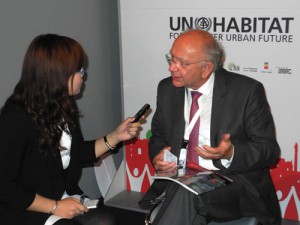 Götz being interviewed for a Chinese trade journal

Götz also chaired the Round Table for Parliamentarians, during which he asked the over 70 representatives of parliaments from all over the world to think about how to create conditions that enable cities to generate sustainable growth through laws.

Götz: „Cities and economic progress have always been intimately linked. In both developed and developing countries, cities generate significant portions of gross domestic product and national wealth, and create development opportunities, jobs and investment. Our future quality of life will depend on whether we succeed in promoting sustainable growth in cities in the sense that it balances economy, equity and ecology.“ 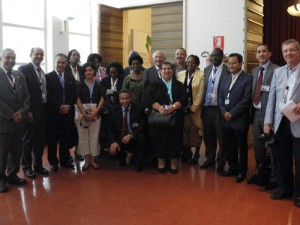 Members of the GPH on the WUF6
World Urban Forum VI

In Naples, Götz emphasized in his speeches that the people who have been elected in their cities and communities know best what is important for their inhabitants. They are aware of the needs and wishes. „Therefore our local authorities and cities not only require planning authority but also strong financial independence“, Götz made clear.

Furthermore, Götz chaired a meeting of the Board of Directors as well as a working group of the GPH, in order to decide about future activities of the Global Parliamentarians on Habitat.

More about that subject